“Healing the wounds of the earth and its people does not require saintliness or a political party, only gumption and persistence. it is not a liberal or a conservative activity; it is a sacred act. It is a massive enterprise undertaken by ordinary citizens everywhere…” 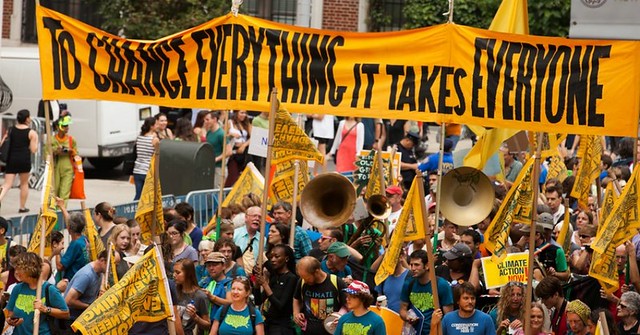 Some 400,000 people demonstrated for climate action in New York City last weekend. (A friend and I went to the youth-led Bloomington rally to help “raise the alarm” about climate change; the best part after the hooting and hollering was singing “We’ve got the whole world in our hands.”)

Stay tuned for a guest post from someone who joined the NYC demonstration.