As the Intergovernmental Panel on Climate Change gathers in Japan to finalize their report on the status of global warming, I’m thinking about hope. Hope as choice and saving grace. Here’s a piece I wrote some time back.

My spouse and I recently watched a library DVD of the HBO series Enlightened, in which Laura Dern plays a woman seeking to expose the wrongdoing of her corporate employer.

The show is a mix of humor and pathos and drama, with the main character, Amy Jellicoe, revealed as both tender-hearted and colossally insensitive. She’s self-centered, obnoxious, impulsive—and, at times, luminous in her dreaming of a different world.

By the last episode, Dern’s character has discovered the cost of being a whistleblower, having lost her job and her love interest. The last blow comes when Amy’s mother says she is no longer welcome to live in her house.

The final scene finds her knocking at the door of her ex-husband Levi, who knows her best. Sitting next to Levi on his front stoop, Amy asks him, “Am I crazy?”

What a question. I’ve asked it of myself so many times. Am I crazy to think that this world can transform, that we can evolve as a species? Am I crazy to believe that we can pull each other to a higher vibration—one that would usher in a new era of equity and resilience?

Am I insane to believe that we can still thrive, even in the face of this terrible and seemingly irreversible mess we’ve made?

In the final words of the series, Levi, played by Luke Wilson, turns to her and says, “No.”

He says, “You’re just full of hope. You got more hope than most people do.”

He tells her, “It’s a beautiful thing to have a little hope for the world, you know?” 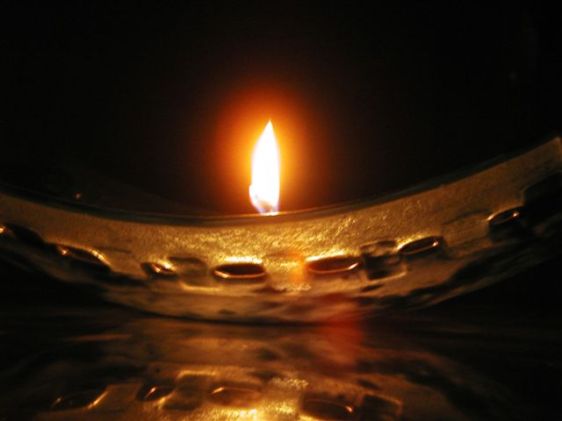 I’ve come to believe that to be hopeful is rarely foolish, or naïve, or crazy. Or if it is all of those, perhaps it doesn’t matter.

Hope is a choice I make for the sake of my own soul and soul of the world, for the health of those around me. I regularly renew my decision to be a holder of hope.

I choose to believe that it’s possible to live in such a way that doesn’t steal from the impoverished on the other side of the world, that doesn’t rape the earth. I choose to envision the possibility of healing this beleaguered planet.

Maybe I am crazy.

But I still believe. This better world is on its way.