A few weeks ago I attended an Economics of Happiness conference in which one of the speakers, localization pioneer Helena Norberg-Hodge, laid out the case for breaking free from the corporatized global economy. She pointed out that many social ills today are symptoms of an economic system based on greed and top-down control.

Localizing our economy, she said, offers a “systemic solutions multiplier.”

What do we mean by localizing? It involves bringing small businesses back into communities to produce what’s needed closer to home. It means investing in Main Street instead of Wall Street. By preserving customs and cultures through locally produced goods, we all can live better, says Norberg-Hodge.

I purchased a DVD of her documentary, Ancient Futures: Learning from Ladakh, about the arrival of “development” and subsequent breakdown of culture and environment in a traditional community of the Western Himalayas. I also bought The Economics of Happiness, a followup film on reversing the trend. I’ll watch them and write more.

But in the meantime, here’s an eye-opener for you. Did you know that a Swedish energy company is suing Germany for $6 billion because the country decided to phase out nuclear power after Fukushima? And that this suit is allowed under our current trade treaties that prevent governments from inhibiting the profit-making effort of a corporation?

But what does a “de facto world government made up of multinationals” have to do with sexual violence or racism—or the scapegoating of trans people/immigrants/Muslims—or the disrespecting of our earth home? By looking at the broad outlines of structures set up to consolidate power, Norberg-Hodge connects the dots between a global epidemic of depression, a neofascist voting trend, terrorism, domestic violence, disregard of the sacred, and so on.

Insecurity in the workplace, a sense of helplessness and alienation, and skyrocketing costs of living are the direct results of this system, in which multinational corporations wrest control from local communities (often by force).

“When you rob men of their ability to provide for their families, take away their self-respect and livelihoods, you have a recipe for violence,” Norberg-Hodge says. She fingers globalization as the main root cause behind fundamentalism and “othering.” As communities break down, isolation leads to fear, which leads to more separation and suspicion, which sometimes erupts in violence.

The economic system mirrors the cultural story we’ve all been sold. It’s a story that says “reality is physical only” and discounts any wisdom that comes from intuition, heart, spirit. Such a story can make corporations into “people” and people into interchangeable parts of a big machine whose purpose is to turn the natural world into money-making widgets as fast as possible, to make the most money for the privileged few.

Norberg-Hodge points out that the media itself is corporatized and duly invested in keeping people from seeing examples of relocalized power.

Interestingly an energy worker named Lee Harris spoke to a similar phenomenon today. He said the media and power elite don’t want us to focus on grandeur and beauty, on things that would uplift us. They benefit from keeping people depressed, despairing, and impoverished in spirit.

I suggest that it is up to us to maintain our inner sense of agency, in the face of these forces.

Consider Victor Frankl, who survived the Holocaust. He wrote in Man’s Search for Meaning:

“We who lived in concentration camps can remember the men who walked through the huts comforting others, giving away their last piece of bread… Everything can be taken from a man but one thing: the last of the human freedoms—to choose one’s attitude in any given set of circumstances, to choose one’s own way… Every day, every hour, offered the opportunity to make a decision, a decision which determined whether you would or would not submit to those powers which threatened to rob you of your very self, your inner freedom…”

Let us not submit!

As the Intergovernmental Panel on Climate Change gathers in Japan to finalize their report on the status of global warming, I’m thinking about hope. Hope as choice and saving grace. Here’s a piece I wrote some time back.

My spouse and I recently watched a library DVD of the HBO series Enlightened, in which Laura Dern plays a woman seeking to expose the wrongdoing of her corporate employer. 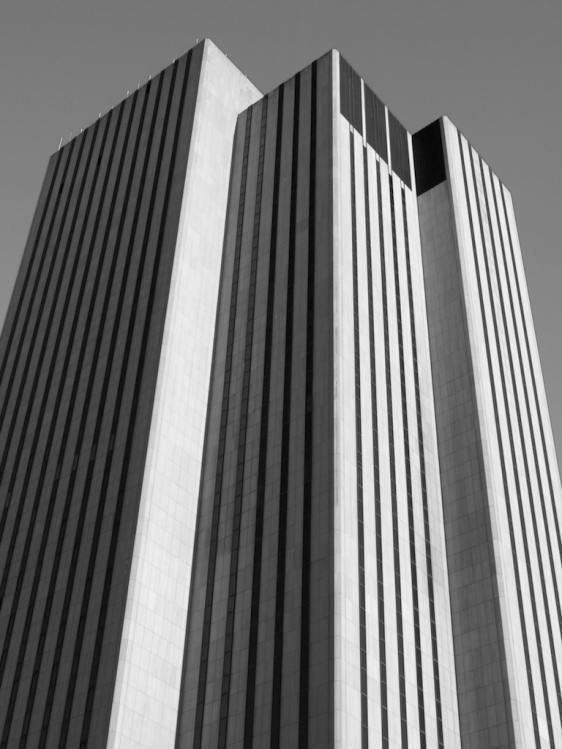 The show is a mix of humor and pathos and drama, with the main character, Amy Jellicoe, revealed as both tender-hearted and colossally insensitive. She’s self-centered, obnoxious, impulsive—and, at times, luminous in her dreaming of a different world.

By the last episode, Dern’s character has discovered the cost of being a whistleblower, having lost her job and her love interest. The last blow comes when Amy’s mother says she is no longer welcome to live in her house.

The final scene finds her knocking at the door of her ex-husband Levi, who knows her best. Sitting next to Levi on his front stoop, Amy asks him, “Am I crazy?”

What a question. I’ve asked it of myself so many times. Am I crazy to think that this world can transform, that we can evolve as a species? Am I crazy to believe that we can pull each other to a higher vibration—one that would usher in a new era of equity and resilience?

Am I insane to believe that we can still thrive, even in the face of this terrible and seemingly irreversible mess we’ve made?

In the final words of the series, Levi, played by Luke Wilson, turns to her and says, “No.”

He says, “You’re just full of hope. You got more hope than most people do.”

He tells her, “It’s a beautiful thing to have a little hope for the world, you know?”

I’ve come to believe that to be hopeful is rarely foolish, or naïve, or crazy. Or if it is all of those, perhaps it doesn’t matter.

Hope is a choice I make for the sake of my own soul and soul of the world, for the health of those around me. I regularly renew my decision to be a holder of hope.

I choose to believe that it’s possible to live in such a way that doesn’t steal from the impoverished on the other side of the world, that doesn’t rape the earth. I choose to envision the possibility of healing this beleaguered planet.

Maybe I am crazy.

But I still believe. This better world is on its way.