Last time I wrote about radical ephemerality, shamelessly stealing from my yoga teacher. Since then we’ve had another gentle snow to delight my eye.

You can’t see it, but there was a kingfisher in this old craggy cottonwood by the creek.

Then we had about a gazillion inches of hard rain, and wind strong enough to knock the birdfeeder off its platform. A sinkhole opened up down the street, the same one the city filled in with gravel sometime back. Water flowed into basements all over the neighborhood and the creek ran high and muddy. 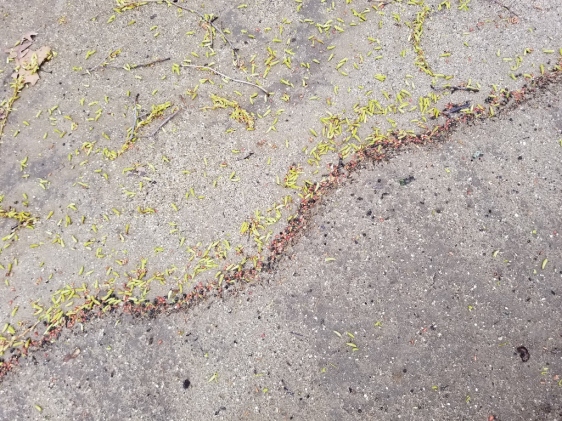 Blossoms in a sand trap show the high water mark.

And a friend marked herself as “safe” on Facebook, after a shooting in a California town I used to visit on business in the late 1990s.

Meanwhile I read a little book called Everything Happens for a Reason, and other lies I’ve loved, by Kate Bowler. It’s the true story of a woman living with inoperable stage 4 cancer, a memoir like none I’ve read before. Kate writes with great honesty and humor of the tyranny of prescriptive joy, the collective addiction to control, and the dumb things people say.

She writes of her habitual need to plan. For example: walking with her husband, the whole time talking about what to do next. (I can relate.)

But she’s smack in the middle of a present moment tinged with pain because of the possibility of losing everything dear to her. “I just need to live to be fifty,” she tells a friend. “I need to make sure that kid is launched. I need to get most of my life done. I need to lock it down.”

“Don’t skip to the end,” the friend tells her.

It’s one of the wisest things anyone can say. In fact, at the end of the book she has a list of things not to say to people facing terrible times. Things like “Well, at least…” and “When my aunt had cancer” and “God needed an angel.” (She suggests instead: Silence. Offers of hugs and food. Or: “Oh my friend, that sounds so hard.”)

The book made me think of the biggest loss of my life to date, the death of my father. I remember his response when people would say, “Just keep fighting!”

“I don’t know what that means,” he said, as mesothelioma closed his lung tissue, and chemo and radiation made him only sicker. Grieving his foreshortened lifespan, he shook his head: “What does that mean, to fight?” 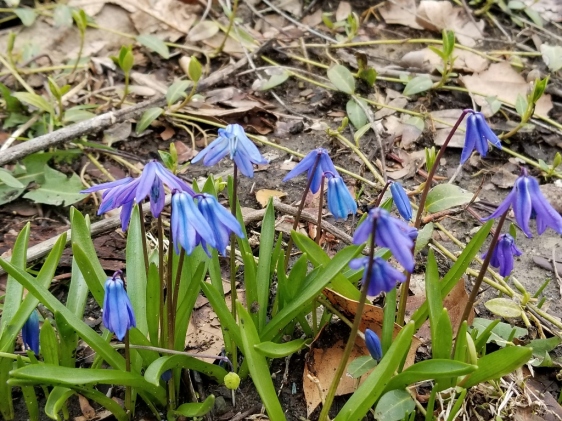 I can never remember what these are called. I used to ask Dad year after year.

We put such pressure on our sick people, to be brave, to be fighters, to be positive. A well-meaning extended family member asked him, “Do you want to get better?” As if he somehow wasn’t clinging to life passionately enough.

Talk about dumb things people say. A few days after he died, a twentysomething fitness guru said to me consolingly, “At least you know he’s not suffering anymore.” I remember wanting to throttle her. Thank you for that insight, perky little cheerleader-gym owner. That just makes it all OK now. Or at least YOU feel better.

The funny thing is, I do tend toward the belief (beloved lie?) that things happen for a reason. I want to believe that the hard things I go through have a purpose, that my soul draws experiences to me so that it can grow. Perhaps it is a lie, but it feels like a more empowered frame of mind than blaming random chance.

I do know that some of the difficult times in my life have softened me to others’ pain, and brought me resources that later served a larger healing.

But I would never suggest that “everything happens for a reason” to a young mother dealing with a death sentence. Sitting squarely in her ephemerality. Life is more beautiful, and painful, Kate writes, than she could have imagined.

“My little plans are crumbs scattered on the ground. This is all I have learned about living here, plodding along, and finding God. My well-laid plans are no longer my foundation. I can only hope that my dreams, my actions, my hopes are leaving a trail for Zach and Toban, so, whichever way the path turns, all they will find is Love.”